We are deeply saddened to inform all of you that patient Mrs. Vimala Rai of Safdarjung Enclave has expired on 29.03.2010 night in AIIMS.
DNipCare condoles her sad demise and wishes her family members enough strength and courage to cope up with their loss.

Hope She gets enough Momos in her heavenly abode....
with regards, 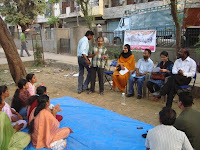 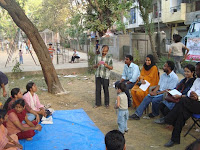 Cancer (Prevention & Early Detection) & Palliative Care Sensitization Campaign was conducted under the auspices of Janasanskriti, Kalkaji Branch, New Delhi by DNipCare in Mira Bhai Mandir Park in Kalkaji. The response to the program was tremendous as many of this enlightened group volunteered to identify patients in their locality, visit them and render Palliative Care. It is also heartening that Advocate M.D. Jidesh Kumar, a prominent member from the audience, has offered to monetarily assist DNipCare in its Palliative Initiatives for poor and debilitating patients. DNipCare is grateful to everybody especially the office bearers of Janasanskriti under Mr. Shoby Michael for their deep hearted concern for the hapless patients around us. 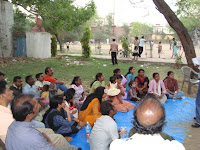 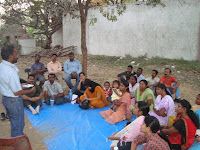 Dr. Anjay B, Antony Cyriac, Sumitha C, Hasna Najath & Ajith Kumar were the other team members of DNipCare for dissemination of Palliative Care concept in the campaign.

Accounts
Posted by DNipCare at 12:47 AM 3 comments:

A Time of Mourning

With profound grief I am to inform that two members of our Palliative family passed away yesterday, 22.03.2010. They were Shri Raj Kumar Singh of Bhagalpur, Bihar and Shri Abdul Razzak of Sopole, Bihar.

We, the volunteers of DNipCare, have always been with these two patients at the time of crisis due to their diseases and were providing whatever possible by way of psycho-social and medical support. Now both of them are devoid of their physical pains in their heavenly abode.

Let us pray for the departed souls and wish God to bestow strength and courage to their families to cope up with the sorrow.


Few thoughts.....thought about sharing with

A few days before we were thinking loud in our monthly review meeting..What all we can do for Rajkumar, How can we take our services to him? Is he okay with the intervention by the Baba?

All were thinking, some loud, some silent, a few without seeing any options. Many difficulties we realized, but we could find a ray of hope also as Ajit sir told about his colleagues in the same district. It was a relief, at least one person to take our message to him that ' we are with you'. We again started planning for taking the services to him...

But the Un- beaten player- the death- has come on his time to put all our plans for Rajkumar to an abrupt stop.

Are we to fight against death? I feel we are not.

We are not fighting against him, but we are trying to help them to live away from the shadow of death, till the very moment he takes them away.

So my friends, be with our patients and their families and fill their moments with life till that inevitable moment


Shyam Kumar Singh*, a poor auto driver, came face to face with the most difficult situation of his life when he was detected with having cancer. Even though he was the sole bread winner for the family, his left leg had to be amputated above the knee to curb further spread of cancer. His wife, being a woman of very simple nature & hailing from a rural back ground of the State of West Bengal had a lot of dreams for her three children, and was doing house hold jobs to make a living. After Shyam was detected with having such a chronic disease, the family suddenly felt doomed and sank into a great despair. The very same family is now wholly dependent on the hapless women, who herself had undergone a lot of hardships prior to her life with Shyam. There, DNipCare volunteers reached out with their helping hands by providing an initial moral support to the family and the patient. The technical team of our organization had also visited the patient numerous times to give them immediate relief, which was imminently required on those occasions for the family. We are also providing monthly ration to the family. Curative treatments were being received by him from AIIMS. Later, when the patient was admitted in AIIMS for lungs surgery he had a ray of hope of recovery but to his utter dismay the doctors had to tell his bad prognosis that his journey in life is very short.
The family further collapsed and their will to live diminished so much that death began to be viewed as a final relief. The patient gradually started to keep himself away from his wife and children and finally decided to go back to his ancestral home where he could get some relief during his last stage of life. He thought the presence of his brothers and other relatives there would help his family to do his last rites. At last we had to hear his plea for a ‘train journey back to his roots in Bhagalpur, Bihar’.
DNipCare arranged the train tickets for the patient including family members and the journey was about to start on the 28th day of February, 2010 at 2.00 pm. The moment was as heavy as many of us could not control our emotions. When our hamsa(kka) hugged, Shyam could not stop his emotions and tears were falling from his eyes on his realization at that moment that he would never be able to see us all further more. We could also hardly stop our tears at some moment. His wife too was praying for his life loudly by touching the hands of Sumitha, our volunteer. Our Doctor, Sandhya done his medical check up as he was feeling breathlessness after all the ordeals of getting into the compartment, consoled him and advised his wife to take necessary precautions while traveling. Our two volunteers Antony (sir) and Karim (sir) struggled very much to place his belongings inside the coach. Shyam was keenly observing all of us continuously up to when the train started moving. His wife’s waving hand till the last bogy reaches the end of the platform still remains unforgettable to all of us.

I don’t have anything to add here except a few lines of what our great Rabindra Nath Tagore wrote:
“The numberless meetings and partings in the world, and on death the great parting, from which there is no return. The dictates of reason take a long time to assert their sway. The surest proofs meanwhile are disbelieved. One clings desperately to some vain hopes, till a day comes when it has sucked the heart dry and then it breaks through its bounds and departs. After that comes the misery of awakening, and then once again the longing to get back into the maze of the same mistake”.

k.v. hamza
*Name of Patient changed to hide identity
Posted by DNipCare at 11:26 AM 1 comment:

Here is the link leading to a beautiful and thought provoking poem on the plight of an ailing Cancer patient and his family, written by Dr. Divya Pal Singh, a friend and well wisher of DNipCare, and published in 'Journal of Palliative Medicine. March 2010, 13(3): 333-333. Hope this poem will compel everybody not only to empathize but think seriously to spare a few hours of their lives for Palliative Care mission. 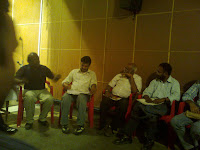 The Palliative Care Monthly Review Meeting will be held at 6 PM on 13th March 2010 in Kerala Club, M 67 Connaught Place, New Delhi. All are requested to attend the meeting. 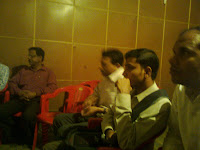 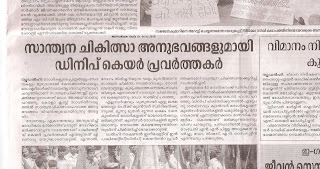 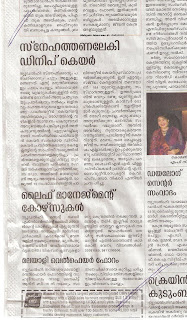 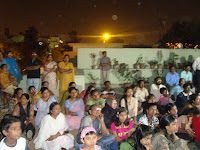 We at DNipCare had another opportunity of conducting an awareness class in Nanakpura Malayali Welfare Forum, Nanakpura, Delhi. As usual we were very happy and in high spirits for the class when we were informed that it would be a family meet. The representation was from all walks of life like housewives, teachers, nurses, businessmen, office-goers and ofcourse school and college kids.

On reaching I found that the meeting had been organised on a building terrace. In fact, I was quite surprised to see more of women than men in the meeting and a few kids too (as this occasion was just before the women's day it obviously felt right). We had planned an interactive class through out (instead of an interactive session at the end which is the usual norm).

As the class progressed I found the kids in the group were interacting much more than the adults. Though, the adults got into action at a later stage. What surprised me most was that the kids were not just repeating what I was saying but also answering to queries on palliative care with intelligent responses like meaning of ‘swanthanam’, "love, care, tenderness and progression of disease". This clearly indicates in them, an awareness of emotional issues, medical awareness, social issues in their own youthful capacity. I may also add that it also gives us a glimpse of their sensitivity, as a part of society, towards their fellow beings. I realized that I was really interacting with an intelligent group of kids and family and naturally this has swept me off my feet! 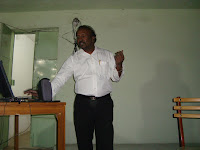 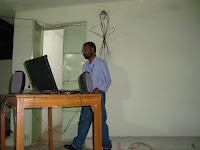 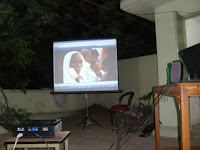 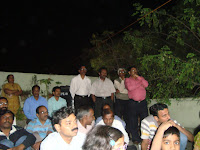 Further, as the team-(volunteers) shared their experience with the audience, we could see that many hearts were touched. It was visible in their eyes and faces that they desired to do something in Palliative Care. Providence as usual saves the best for the last! A young girl about 12 came up and asked for all details of our organsitation. She said, she would like to join the group and do what we are doing for the palliative care patients. She wanted to be a volunteer just like all of us. There was determination in her eyes and in the words coming out of her mouth. I realized that we had conducted one of the best awareness classes in this part of Delhi. We had effectively reached out!

This was a great experience and I look forward to experiences like this in future because incidents like this also lifts mine and our teams spirit to do something more for those individuals and families, who are in need of palliative care 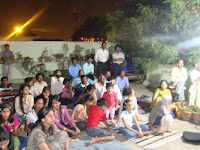 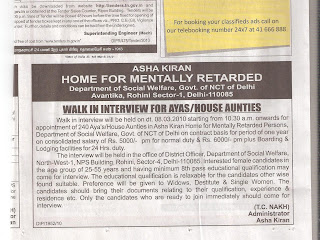