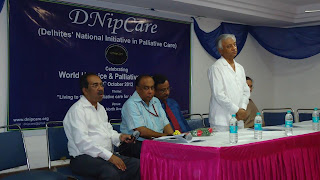 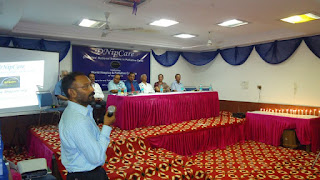 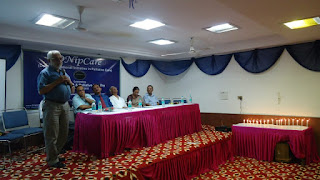 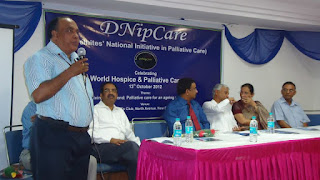 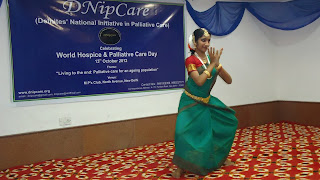 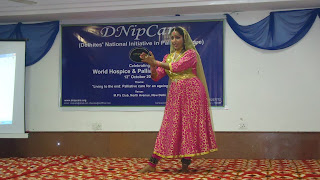 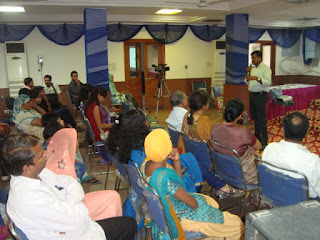 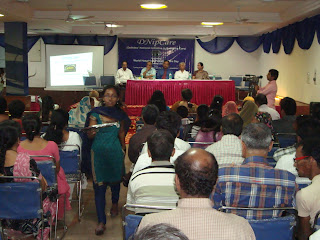 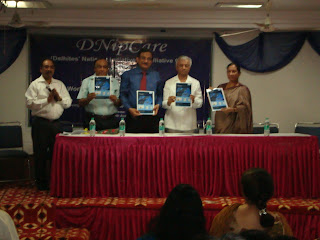 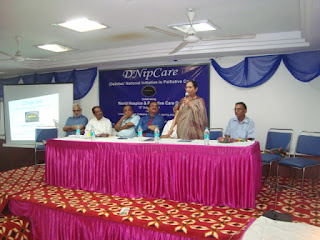 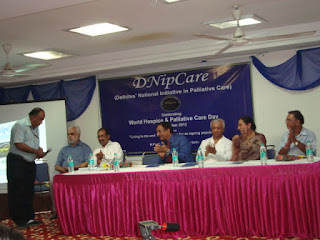 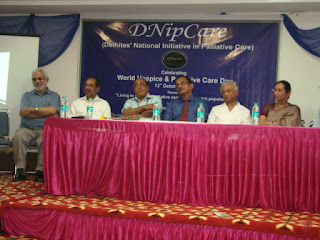 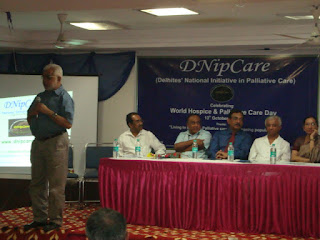 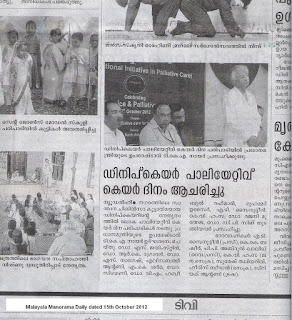 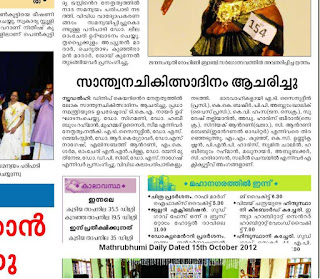 The program was attended not only by the students for whom it was mainly meant, but people including veterans from Delhi enthusiastically.

Followed with was the Candle Light memorial for the departed souls of the Palliative family under DNipCare.  Candles were lighted by the volunteers in memory of those 18 patients for whom they cared, but left for their heavenly abode during the period after the last World Palliative Care Day celebrations.

Mr. A.T. Sainudin, President DNipCare welcomed the august audience comprising dignitaries, patients, volunteers, doctors and people from all walks of life and elucidated about the mission of Palliative home care being rendered by the organization for long term, bedridden, terminally ill patients including cancer patients in and around Delhi.

Mr. T.K.A. Nair, Advisor to Prime Minister inaugurated the program and explained how he keeps the concepts of the much required palliation for the suffering patients close to his heart.  He also released the flyers of eHospice, the website and international platform for all Palliative Care initiatives to share their news, views and intelligence on palliative and end of life care.

Dr. S. Jamestin, Director (HR), ONGC thanked the organization for initiating this mission for the debilitating patients around.  He has also promised to be associated with the mission wholeheartedly.

Finally the audience was enthralled by the lively cultural program conducted by the volunteers, children and family members of patients.

The Annual General Body meeting of the DNipCare was also held after the celebrations and the following officer bearers and Executive Committee members have been elected: